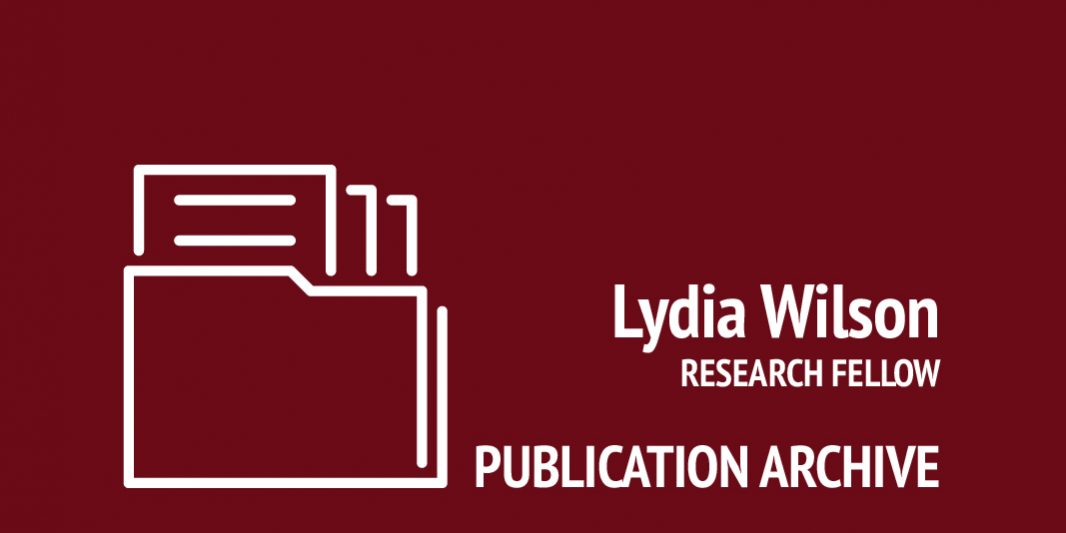 The White Helmets have been pulling people out of the rubble in Syria since 2013, rescuing some 60,000 so far. They are the first responders after a bombing raid, uncovering the bodies, dead or alive, and transporting the living to medical care, whoever they are—regime or rebel, soldier or civilian. Local media activists have been documenting their work as they go, filming both raids and rescues, so the makers of the film The White Helmets, available on Netflix, had a large amount footage to work with. By intercutting with interviews done straight to camera, they were able to avoid a narrator in favor of letting this raw—often violent and upsetting—imagery and the men who live through it speak for themselves. The result is harrowing, for the story of rescue is the story of war from the point of view of the victims; and the picture that emerges is the reality of living through this intractable and unbalanced conflict, bringing home the scale of the international community’s failure.

One of the most moving episodes in this 40 minutes of violence is—perhaps surprisingly—a success story: In the midst of all the carnage, there can be good news, even miracles. A team is shown after 16 straight hours of searching for buried people under huge mounds of rubble from pulverized buildings; they are debating whether it’s worth carrying on, whether there can possibly be anyone else who has survived after all this time, when someone hears a baby’s cry. With renewed energy, and a sense of urgency, they begin again, and finally pull out a baby, just one week old, but who has managed to cling to life for 16 hours. The men’s hair, skin, and clothes are white from the dust, except, now, for the tear-tracks down their faces: grown men crying at the miracle they are holding. One holds him tight, refusing to let him go, and in a later interview he explains why: He had a 2-week-old baby himself, and in that moment he felt, viscerally, that this rescued baby was his, and nothing could induce him to let this baby go.

Later we see him in his home, his tiny daughter, a toddler now, putting on his white helmet before he goes out to work. He tells her to be good, knowing, as we know, that he might not be coming back. Many of these men have been killed, some from the sickening tactic of “double tapping”: Regime and Russian airplanes drop bombs, wait for the inevitable rush of responders, and then hit the same spot again. As if the targeting of civilians were not enough, the forces of the regime also target any source of help they might have access to, and entrap them so they are deprived of food, medical care, and even water even if that takes bombing an 18-truck UN aid convoy.

Some 300,000 people in East Aleppo are now living under these desperate siege conditions. Attacks on the White Helmets are part of this strategy: Of the four Civil Defense centers in East Aleppo, two have been completely destroyed; none of the White Helmets died in these attacks but valuable equipment has been lost. Evidence has come from many sources that they are being explicitly targeted, and the official Syrian army Facebook page has celebrated the destruction. There is even a suggestion that the United States may have turned a blind eye to these operations. Recently, the bombing has intensified with the use of yet another barbaric form of weapon from the Russians, so-called “bunker-busting” bombs. The brief cease-fire declared in September, promising relief, actually made the miserable situation of Syrian citizens far worse.

With their rise to prominence (including winning both the “alternative Nobel,” the Right Livelihood Award, and a nomination for the Nobel Peace Prize), the White Helmets have focused public attention on the human realities of the death and destruction that is coming from Russian and Syrian planes. In response, the pro-Assad propaganda machine has gone into overdrive, launching a series of smears, including one fake trailer that looks like a school assignment to illustrate heavy-handed propaganda techniques. It uses aspects from the real, Netflix trailer, opening with the same heroes rushing into a war zone (though conveniently without the footage of the actual bombs or any of the rescues), before cutting to one of the men who says in Arabic: “We the Civil Defense, known as the White Helmets, are the first arrivals in case of bombardment,” though the subtitle says: “Finally we collect the bodies of the Shabiha [Assad regime militia] and throw them in the trash.” “When the Saints Go Marching In” kicks in (as in the authentic trailer), but with disjointed clips “proving” the White Helmets to be agents of Al Qaeda with the US administration’s full support.

Simple messages like this can take root even if they have no substance, and they can spread so easily, courtesy of Twitter and the convenient brevity of this fabricated quote. And these propagandists have manpower—try tweeting anything positive involving the handle of the White Helmets, @SyriaCivilDef, and they will respond instantly with their smears.

This propaganda is directed very particularly at Americans, especially those susceptible to conspiracy theories, and especially conspiracy theories “exposing” something the government is involved in. The film portrays the training program that the Helmets are now able to benefit from, thanks to assistance from Western governments, including Britain, the United States, and the Netherlands. Clearly Western governments helping Al Qaeda, the pro-Assadists trumpet, though the training is all strictly humanitarian. We see the team in Turkey, two years after the miracle baby rescue, being trained with equipment they will be taking back. They have a month to learn techniques for listening through concrete, fire fighting, and basic medicine—and they will take this knowledge back to train others.

Contrary to what you might expect, this doesn’t provide them with a welcome break from the violence: They are homesick, missing their families and constantly worried about what might be happening at home. As soon as one of them puts the phone down after talking with his family, the relief that they are still alive is instantly replaced by anxiety at the prospect of another attack that could come at any time. And we witness the worst situation: One man’s brother is reported to have been caught in a bombing raid, and we watch him turn in on himself, the others worried but not knowing what to do. It is an agonizing wait until the news comes in, confirming that his brother has indeed been killed.

Toward the end of their training comes another chapter of the story of the miracle baby, Mahmoud. He is now a toddler, and brought to see his rescuers. The men cluster around, taking turns to cuddle and kiss their mascot. In a sense they are all his father, having given him life at just a week old. Mahmoud is a little overwhelmed by the attention but obvious healthy—and safe in Turkey, unlike the men’s own children. Many in Syria are reluctant to leave, partly because they see the plight of refugees all over the world, partly because it is difficult to leave your home and compatriots. No one else is doing this crucial work of first responders, saving lives post-bombing; the White Helmets are doing it in the full knowledge that they are being targeted. They truly deserve the Nobel Prize.