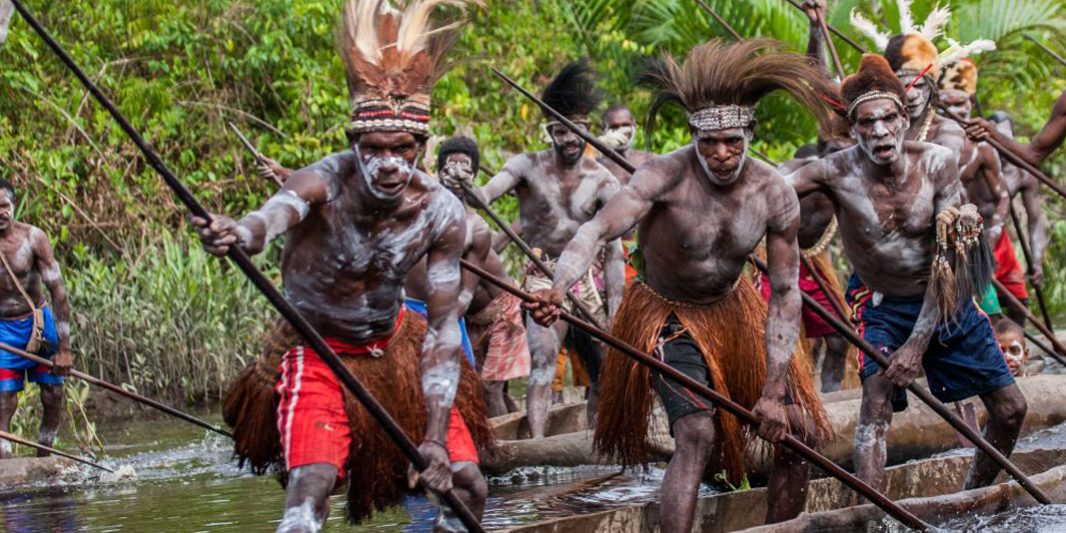 The extreme self-sacrificial behaviour found in suicide bombers and soldiers where they are even prepared to die for one another presents an evolutionary puzzle: how can a trait that calls for an individual to make the ultimate sacrifice, defending a group of people they are not related to, persist over evolutionary time? A new study, published in Nature’s Scientific Reports and led by the University of Oxford, provides insight into the causes of self-sacrifice in violent conflicts around the world, from holy wars to gangland violence.

The study used a combination of mathematical modelling and eight studies with groups ranging from army veterans to martial artists to find that sharing strong negative experiences can enable extreme cooperation among members for the sake of the group. Researchers theorise that human evolution explains the origin of this visceral bonding over shared painful experiences. The research draws on a large body of experimental evidence that suggests personal and social identities blur, producing a sense of oneness with the group that can transcend even family ties in what is called ‘identity fusion’. The researchers were interested in what causes identity fusion and tested preliminary psychological evidence suggesting that one powerful cause of identity fusion is sharing painful and frightening experiences.

First author Professor Harvey Whitehouse, from the School of Anthropology, explains: ‘The theory that sharing negative experiences produces powerful social bonds was initially inspired by my fieldwork among the tribes of Papua New Guinea, where warriors often went through extremely painful initiation rituals. Since then we’ve found these effects in a much wider range of groups, from Libyan insurgents to Americans affected by the Boston Marathon bombings. This new paper presents a mathematical model that might explain why shared suffering leads to such strong commitment to the group, alongside a very broad range of evidence from the real world.’

This new paper presents a mathematical model that might explain why shared suffering leads to such strong commitment to the group, alongside a very broad range of evidence from the real world
Professor Harvey Whitehouse from the School of Anthropology
They looked at whether willingness to perform costly acts for the group is a behavioural strategy that evolved in human ancestors to enable success in high-risk collective activities and between-group conflicts. Groups whose members fused together after sharing painful experiences would be more likely to survive in between-group conflicts, whereas ancestral groups that did not fuse would be less likely to continue. In modern groups, the willingness to sacrifice for the group would be expressed only under extreme conditions, the paper suggests.

The models aimed to capture the conditions faced by human ancestors tens of thousands of years ago. The researchers speculated that under threatening conditions, having a shared evolutionary future was a more decisive factor in cooperation and self-sacrifice than shared ancestry. Adaptation and survival was particularly difficult during the Late Pleistocene more than 100,000 years ago, when the environment was highly variable and when competition for limited resources was high, note the authors.

‘We deliberately cast a wide net to test how widespread this phenomenon is and found that across a very broad spectrum of events, the same effect crop up again and again, from experiences of natural disasters and armed conflict to painful martial arts rituals to loss by our favourite sports teams,’ adds co-author and psychologist, Dr Jonathan Jong.

‘Brazilian Jiu Jitsu and other martial arts for many people in the modern world provide some of their most intense and challenging physical experiences,’ says Dr Christopher Kavanagh, cognitive anthropologist at the School of Anthropology, University of Oxford. ‘It’s no surprise that we find the same kind of intense psychological bonding prevalent amongst these kinds of groups. Belt-whipping gauntlets might be unique to Brazilian Jiu Jitsu, but it is a common practice in martial arts to endure severe hardships in training collectively.’

‘What struck us most about this project was the consistency of the findings across such a diverse array of contexts. Most research reports on similar topics tend to examine one or two contexts. We examined more than six,’ comments Dr Michael Buhrmester, post-doctoral fellow at the Institute of Cognitive and Evolutionary Anthropology at the University of Oxford.

‘We found that the worst performing clubs are likely to secure the most devoted fans. This may not be particularly surprising for ardent football fans but what’s exciting here is that this “post-disaster” bonding psychology occurs not only in fans, but in so many other contexts,’ says Martha Newson, DPhil student in Anthropology.